With more and more learners turning to online courses in primary, secondary and tertiary education over the web, debate rages on how best to implement e-learning particularly in regions such as Sub-Sahara Africa which are ripe with educational reforms.

In this section, I explain how blended learning works and why it is the ideal choice for the African continent. I then formulate effective strategies for rolling out these types of distance education schemes in Africa.

This section is of interest to anyone who wishes to learn more about the latest developments in Edtech, and it is relevant both to teachers and lecturers and to learners themselves. Additionally, it’s effective and of value to anyone running or wishing to set up an Edtech company in Africa.

The educational situation in Africa: where we stand now

I contend that the educational system in Africa is ripe with reforms, both in terms of the physical infrastructure by means of which educational content is delivered and in terms of how education is in theory and in spoken form.

The main reason for the urgent need for educational reform in Africa is that the continent has millions of young, ambitious and potential learners who are facing monumental barriers to achieving basic education.

The United Nations (UN) has estimated that Africa has a very 'youthful population', with over 200 million people currently living on the continent aged between 18 and 34.

As the UN highlights in this study, this immense number of youthful population could be a source of great opportunity. With the right educational footing, these are the doctors, scientists, writers and engineers of the future and of their generation.

However, the UN notes, the continent's youthful population growth into contributing to the economic growth in their respective countries has stagnated due to lack of jobs and educational opportunities. The report indicates that there’s pressure suppressed to this youthful number by their families. Most, especially young women have had to abandon their educational goals in order to feed or care for family members.

The domino effect is that such cases lead to acute dangers in countries such as the Democratic Republic of Congo (DRC), where huge swathes of youths join rebel groups for lack of leadership and career related opportunities which have proven to motivate young minds to study or take up a different way of life.

Another challenge in the current African education structure is the lack of high quality transport infrastructure where in most parts of the country learners are not able to reach schools within a reasonable timeline. Though Africa is home to some of the world's top universities for instance the University of Cape Town in South Africa and the University of Nairobi in Kenya. Elsewhere, in some part of the continent such as in Niger, there is only one university to cater to thousands if not millions of would be students.

Even in one of the wealthiest countries such as South Africa, schools have been deemed to be lacking the necessary infrastructure to implement the nation's admirable educational policies. The situation is worse in Sub-Saharan Africa, particularly in rural and/or desert areas where children and young people practically have no means of reaching a school in order to participate in conventional classroom teaching on a regular basis.

On the flipside, Africa is a continent which is highly internet literate. It often surprises my readers when they learn that even in the poorest parts of Africa, 70% of citizens own a mobile phone and that in general, communities in Sub-Sahara Africa are more likely to have an internet connection than to have adequate supplies of food and water.

In addition, young Africans are particularly engaged and entrepreneurial when it comes to developing and downloading smartphone apps. Though, when compared to statistics for app downloads in the rest of the world, the app market in Africa remains relatively untapped.

Currently, South Africa, Kenya, Nigeria, and Ghana has the largest number of app downloaders. The challenge is to stimulate and develop this trend for it to take shape and develop into the Sub-Saharan part of the African continent.

All of this data on the current situation in Africa indicates that distance education (embracing everything from MOOC to m-learning based around smartphone apps, and from e-learning conducted via video streamed lectures to other types of online courses) is the way forward for Africa. If implemented correctly, e-learning strategies could surmount to infrastructure related success such as in the case demonstrated in the four countries and provide educational opportunities to Africa in large with its growing and youthful population.

This could open doors to adult learners who missed out on primary and/ or secondary education in their youth. The crucial aspect at the moment is to implement MOOC and other e-learning strategies correctly.

My research suggests that blended learning is the best way to go ahead with in e-learning.

Below is an evaluation of blended learning strategies which consist of how they can help young minds in Africans learn.

Blended learning: a working definition, what does it all mean?

Blended learning means a mixture of classical learning strategies and online education measures. As its name indicates, it is a 'blend' of online and offline learning techniques.

One great example of blended learning would be a university campus that allows students to stream some of their lectures online from any location of their choice. The Online Business School is an example of this approach. Located in UK, you can study from at home from all over the world, completely online.

Another blended learning strategy which might combine online and offline distance education is whereby students are encouraged to access online resources in order to conduct their research. Students are allowed to submit essays and assessments and receive feedback by post.

These are just two examples of the ways in which different educational methods can be blended together. When implementing a blended learning strategy, the important thing is to ensure that the blend is specifically tailored to suit the needs of the individual learners and their environments. Video streamed lectures are less necessary in a university where students all live on campus and the infrastructure is provided by their government.

Further logic indicates that providing lectures which can be accessed online might have the effect of demotivating such students and depriving them access to a readily available embodied classroom experience. However, this type of distance education tool is perfect for learners in very remote areas who find it impossible to attend the lectures in person.

“Distance learning will make education more accessible in Africa, if the learners do have access to high speed internet, electricity and basic skills of using and operating simple tech platforms and systems.” 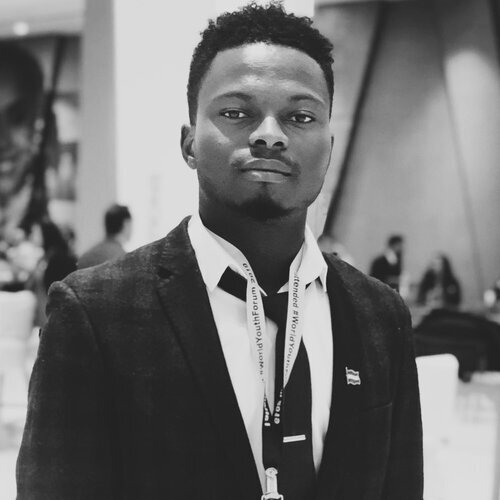 “Blended learning is not only an alternative to classroom learning, it can be a more effective learning experience.The ability to study basic learning materials, webinars, group discussions to fellow students on a 24/7 basis gives more scope to your College to be able to deliver great reinforcement to your own study by way of workshops, brainstorm sessions Q&A etc.It allows reinforcement of learning in an incredibly effective way.” 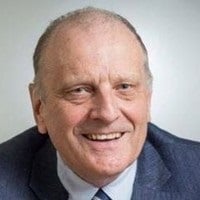 How are the Education Institutions in Most African Countries?

Conditions in schools and universities vary widely from country to country.

For instance, take a scenario of University of Nairobi where students can pursue numerous offline and online facilities. This is just but an example of an institution of higher learning with an amiable ICT architecture, state of the art sports halls, examination centres and an efficient and running health centre.

It’s here in Kenya where most schools do not enjoy the same luxury where Edtech is expected to formulate a similar plan and develop an existing flourishing set of already blended learning facilities. Similarly, primary and secondary schools in the Eastern Cape in South Africa lack basic latrine facilities as well as good quality learning materials in both print and digital format.

In these schools with typically more than 90 pupils being taught by one single educator, distance education and developing digital learning facilities can ease the pressure on individual teachers and enable pupils to learn in peace, away from overcrowded classrooms.

What conditions are necessary for blended learning to have the best effect?

The answer to this question, follow the intuitive discussion as is the case above.  For blended learning to have a positive and useful effect on African students, there’s need for a curriculum and well trained educators to deliver meaningful studies as well as a digital learning strategies which are tailored to suit the needs of the individual class and learners.

In particular, the digital aspects of a blended educational strategy ought to be geared towards meeting any deficiencies in the provision of offline learning at any given establishment. Digital learning strategies ought to be ambitious, future proofed, forward thinking and designed to give learners the best quality education regardless of their financial situation.

Nicolas Goldstein, Co-founder of talenteum.africa, says: "With my knowledge, I have to say that we need to mix distance education with face to face education in order to succeed. This important to have someone in front of you and talk to see if what you have learned online is well understood.

On top of formal education , distance education give you the opportunity to learn quickly an expertise and always  be up to date on skills improvement. At Talenteum.Africa we like to work with Talents which are always training online and keeping in touch with news skills.

More you are digital savy better it is !"

A summary: why is a blend of online courses and traditional educational infrastructure beneficial in Sub Saharan Africa?

Sub Saharan Africa is one of the most important regions when it comes to the rollout of blended educational strategies. This is where the continent's poorest communities are concentrated, where educational infrastructure is often poor in quality or non-existent. Thus, well developed MOOC, e-learning and m-learning strategies can be expected to provide the most dramatic benefits and positive changes.

In sum, a blended approach to education will vastly benefit poorer regions of Africa because it will:

The Joy and Benefits of Blended Learning

Achieving the right blend of digital and traditional, of online and offline learning, will provide a potent solution for learners and educators in Africa.

As we’ve seen, e-learning makes the success of blended learning and should be a vital part of any blended educational plan.

Distance Education Guide Africa is your elearning portal for Africans.

You need a place to study? An affordable degree? You want to improve your skills with online courses?

Then you are right here!